This is a quick post for any Logitech MX master 2 (any version, really) owner having problems with their mouse. If your mouse is not moving at all but buttons are still working, there’s a good chance your problem has an easy fix.

There’s a video (in pt-BR) about that if you prefer doing it more interactively, but in summary: The [hidden] thumb button is the problem. It gets stuck and messes up everything. I never used that button, and it’s just there, ruining everything. If you’re using it… well… I suggest not using anymore. 🤷

To fix that, you will need a small Philips and a Torx T4 screwdriver. I got mine by buying a cheap (~7 USD) iPhone repair toolkit.

To open your mouse you will need your Torx T4 screwdriver to remove the top 2 screws, and then you will have to remove the rubber protection from both sides to have access to the other 4 philips screws there. Be sure to do it carefully, so you can put it back later. 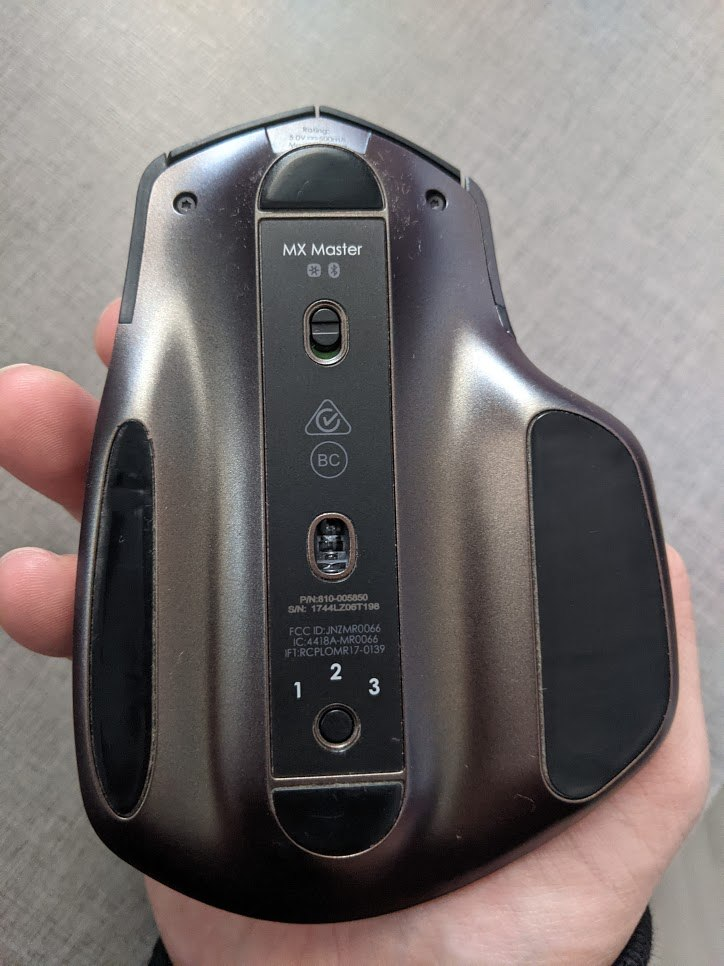 Open your mouse and disconnect the cable between the two parts. In my case, removed the cable lock (I have no idea what’s the real name for that) by mistake, but you can just pull it up: 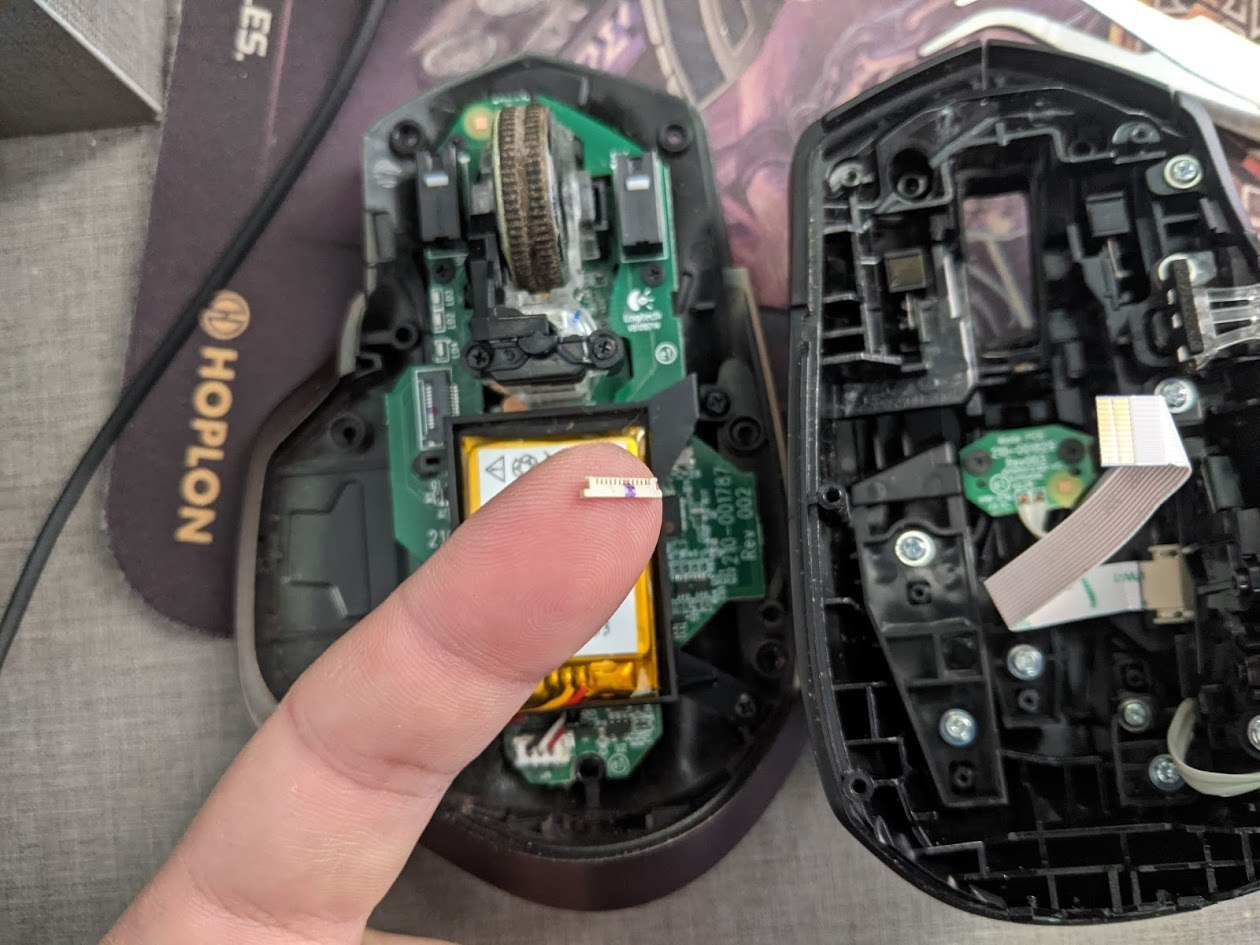 The piece you will have to fix is this one: 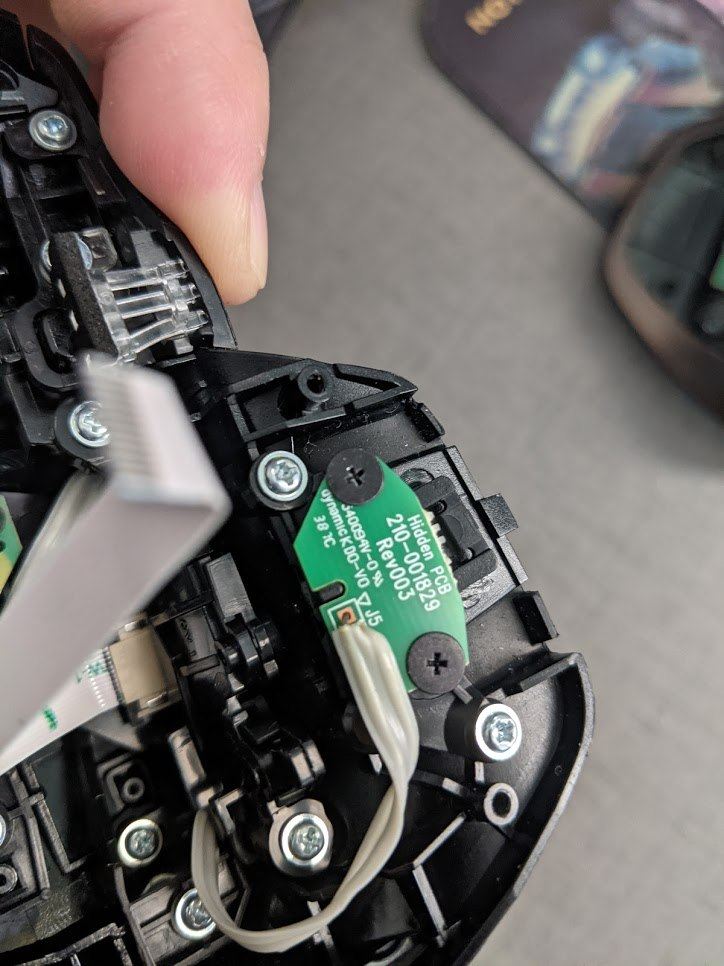 Just remove the screws and prevent the knob to touch the actual button in the mouse. I did something very simple for that: 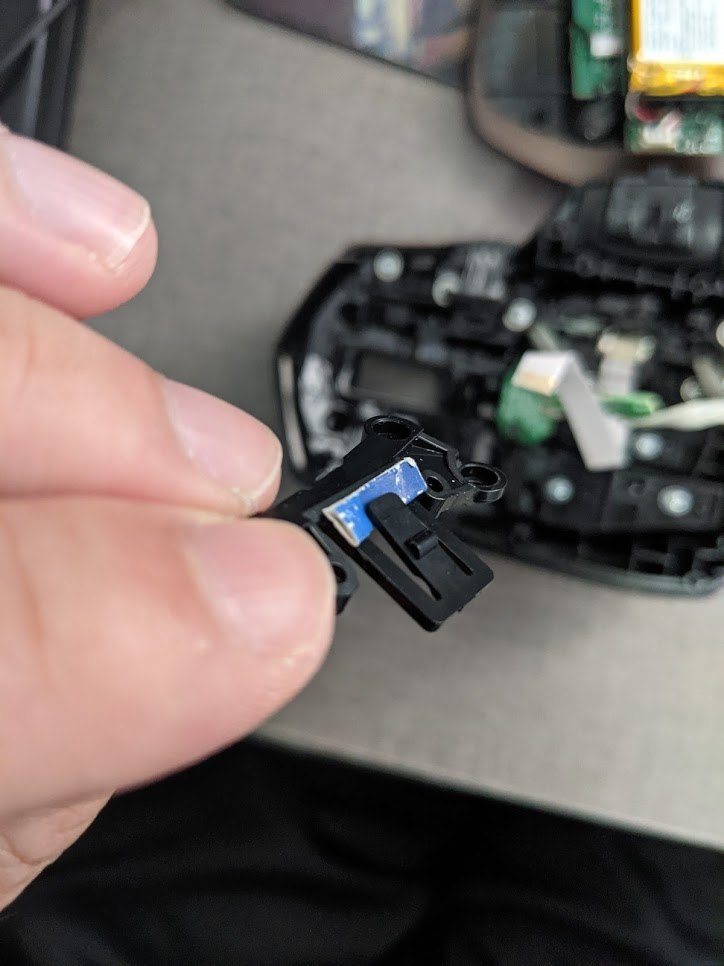 Put everything back together, plug both sides again (it took a lot of time for me becaues I removed the piece and had a hard time to put it back, be sure to do things right 😅): 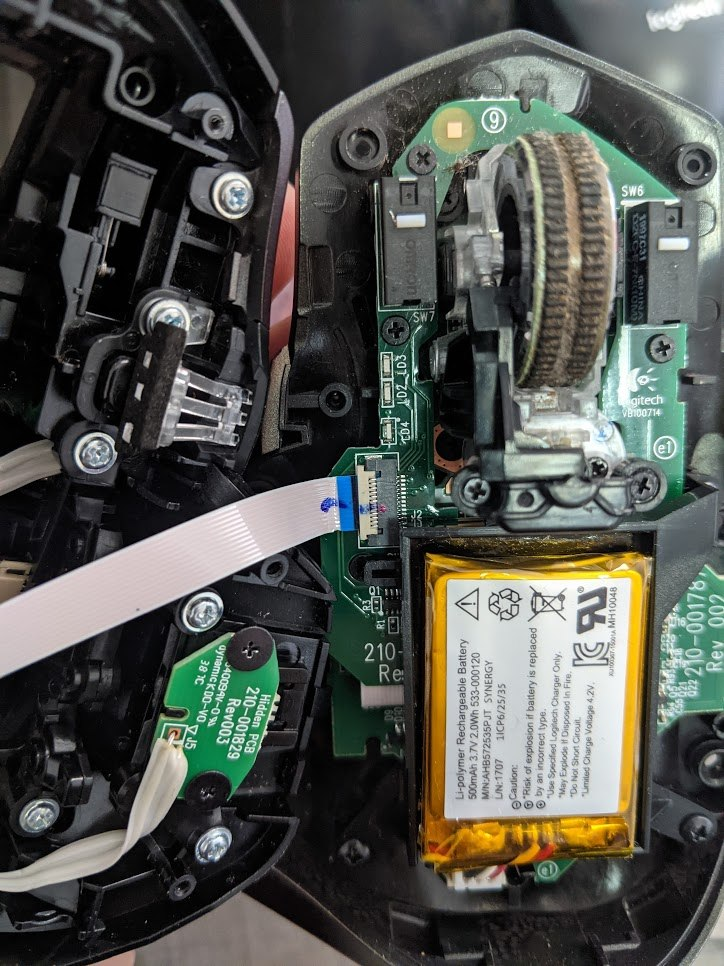 Now you fixed the problem that shouldn’t exist if Logitech took their hardware seriously. ✌️